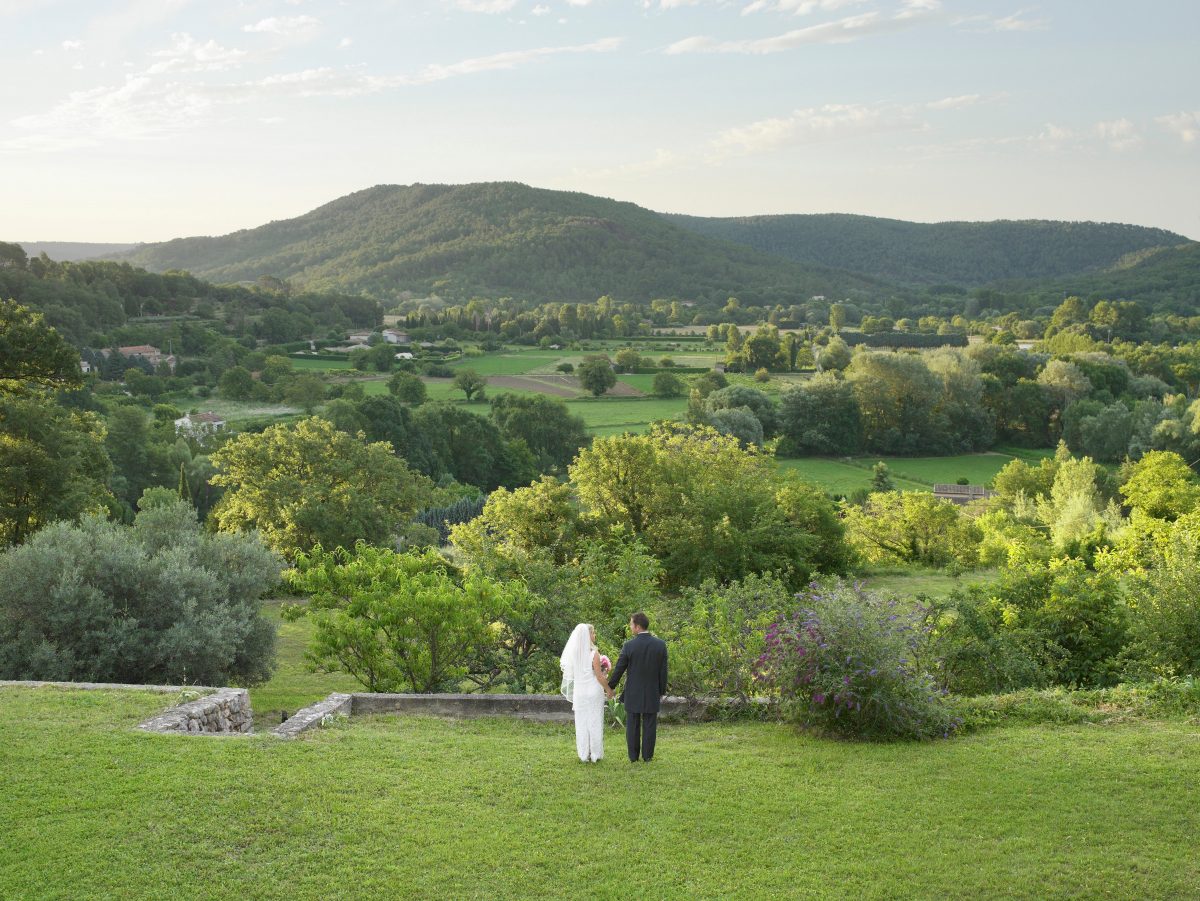 Last month I discussed the traditional biblical wedding outline and implements. This month I wish to share how the process of marriage occurs in two distinct stages: Kiddushin (commonly translated as betrothal) and Nisuin (full-fledged marriage). Kiddushin occurs when the woman accepts the contract offered by the prospective husband.  The word “Kiddushin” comes from the root Qof-Dalet-Shin, meaning sanctified.  It reflects the sanctity of the marital relation.  However, the root word also connotes something that is set aside for a specific (sacred) purpose, and the ritual of Kiddushin sets aside the woman to be the wife of a particular man and no other. In this case, God!  Kiddushin is far more binding than an engagement as the term is understood in modern customs of the West.  Once the Kiddushin is completed, the woman is legally the wife of the man.  However, the spouses do not live together at that time, and the mutual obligations created by the marital relationship do not take effect until Nisuin is complete.

The time span between Kiddushin and Nisuin would routinely be as much as a year or even greater. During this time the husband is busy preparing a home for his new bride.  There was always a danger or risk that during this long period of separation between the betrothal and the marriage that the woman might discover that she wanted to become betrothed to another man!

This is the way God sees us!  We are His betrothed!  We are to remain pure and sanctified until the Grooms return! We do not belong to, nor do we serve any other God! Here’s what the scriptures say in God’s words:

In these scriptures God is talking about Israel, so what about everyone else? As I often share all who receive Yeshua are part of the community.

Ephesians 3:5-6. (CJB) In past generations it was not made known to mankind as the Spirit is now revealing it to his emissaries and prophets, 6 that in union with the Messiah and through the Good News the Gentiles were to be joint heirs, a joint body and joint sharers with the Jews in what God has promised.

Sha’ul describes the Gentiles relationship in the Kingdom:

II Corinthians 11:2. (CJB) For I am jealous for you with God’s kind of jealousy; since I promised to present you as a pure virgin in marriage to your one husband, the Messiah;

We are Gods betrothed forever, and He is a jealous Husband!  Let’s continue!

Every legal procedure in Jewish life is confirmed by at least two “kosher” witnesses. It takes witnesses to attest that all the aspects of the marriage have taken place in accordance with biblical understanding.  Two witnesses are called upon to stand under the Chupah and witness these procedures.

Let’s go back to Exodus 19 for a second:

Exodus 19:16-18. (CJB) And it came to pass on the third day in the morning, that there were thunders and lightnings, and a thick cloud upon the mount, and the sound of a shofar exceedingly loud; so that all the people who were in the camp trembled. 17. And Moses brought forth the people out of the camp to meet with God; and they stood at the lower part of the mount. 18. And Mount Sinai was altogether in smoke, because the Lord descended upon it in fire; and its smoke ascended as the smoke of a furnace, and the whole mount trembled greatly.”

The entire Nation of Israel was called to be the witness of God’s holy betrothal on Mt. Sinai. The cloud was the Chupa of God and Israel the witness! Back again to the end of the wedding witness statement: “Two witnesses are called upon to stand under the Chupah and witness these procedures.”

Exodus 24:12-13. (CJB) Then the Lord said to Moses, “Come up to Me on the mountain and be there; and I will give you tablets of stone, and the law and commandments which I have written, that you may teach them.” 13 So Moses arose with his assistant Joshua, and Moses went up to the mountain of God.

Most Jewish celebrations (marriage, circumcision, bar mitzvah, etc.) are followed by a dinner to honor the occasion. At this meal all guests participate in the Mitzvah of “L’Sameach Chatan v’Kallah,” to celebrate in joy with the groom and bride. Biblical custom shares that the couple begin their new life together in their community. For seven consecutive evenings following the wedding, it was customary that friends or relatives host festive meals in their honor. The act of feasting recalls the “seven-day celebration” after the marriage of Ya’acov to Leah, while spending their days in prayer and learning Torah in order to give the new household a solid biblical foundation in God’s ways of holiness. The Groom as stated in Torah was to be dismissed from working for one year allowing time for the newlyweds to “get to know each other”, and become Echad, complete, one!

The Nisuin (full-fledged marriage as bride and groom, together in intimacy) is performed after the feast completing the process of marriage. The husband brings the wife into his home, and they begin their married life together. It’s the consummation, the actual intimacy between bride and groom, the covenant act.

Let’s recall now the Jewish Wedding:  Betrothal- the bride is picked, Ketubah- the promises are made, preparation- The groom then goes to his father’s house to build an addition onto the father’s home for he and his wife.  The Father says when the room is complete and satisfactory, and then decides when to send his son back to get the bride! The son goes to get the bride, he enters the town of the bride with a loud blast of the shofar to take his bride and celebrate the wedding feast.  He then returns to his father’s house for Nisuin, the full-fledged marriage. Yeshua directly relates this to us and the Kingdom:

John 14:1-3 (CJB) ” “Don’t let yourselves be disturbed. Trust in God and trust in me. 2 In my Father’s house are many places to live. If there weren’t, I would have told you; because I am going there to prepare a place for you. 3 Since I am going and preparing a place for you, I will return to take you with me; so that where I am, you may be also.

This is the way God sees us!  We are His betrothed!  We are to remain pure and sanctified until the Groom’s, Yeshua’s return!  We do not belong to, nor do we serve any other god!  Yeshua gave a parable about this:

Matthew 22:2-14. (CJB)  “The Kingdom of Heaven is like a king who prepared a wedding feast for his son, 3 but when he sent his slaves to summon the invited guests to the wedding, they refused to come. 4 So he sent some more slaves, instructing them to tell the guests, `Look, I’ve prepared my banquet, I’ve slaughtered my bulls and my fattened cattle, and everything is ready. Come to the wedding!’ 5 But they weren’t interested and went off, one to his farm, another to his business; 6 and the rest grabbed his slaves, mistreated them and killed them. 7 The king was furious and sent his soldiers, who killed those murderers and burned down their city. 8 “Then he said to his slaves, `Well, the wedding feast is ready; but the ones who were invited didn’t deserve it. 9 So go out to the street-corners and invite to the banquet as many as you find.’ 10 The slaves went out into the streets, gathered all the people they could find, the bad along with the good; and the wedding hall was filled with guests. 11 “Now when the king came in to look at the guests, he saw there a man who wasn’t dressed for a wedding; so he asked him, 12 `Friend, how did you get in here without wedding clothes?’ The man was speechless. 13 Then the king said to the servants, `Bind him hand and foot, and throw him outside in the dark!’ In that place people will wail and grind their teeth, 14 for many are invited, but few are chosen.”

Yeshua gave us the parable of the One New Man here! All are invited to the wedding feast, which is the Nisuin phase of the wedding process, but we must be ready!  We must be found worthy, dressed for the wedding in our white robes which represent righteousness and purity with Him! Like the narrow road of Matthew 7, verse 14 is a wakeup call: “for many are invited, but few are chosen”. We must be ready for the wedding feast, its fast approaching, closer than many realize or suspect!  We must not be found in idolatry or adultery when the groom returns! This is the actual ceremony where the groom wraps His Tallit around the bride invoking the covenant! The bride has grown to include Gentiles from every nation, tribe, and tongue, as part the bride! The wedding is quickly approaching. Let me close with this fact concerning biblical weddings. How did Yeshua start His work here on Earth, what was His first Miracle?

John 2:1-9. (CJB) On Tuesday there was a wedding at Kanah in the Galil; and the mother of Yeshua was there. 2 Yeshua too was invited to the wedding, along with his talmidim. 3 The wine ran out, and Yeshua’s mother said to him, “They have no more wine.” 4 Yeshua replied, “Mother, why should that concern me? — or you? My time hasn’t come yet.” 5 His mother said to the servants, “Do whatever he tells you.” 6 Now six stone water-jars were standing there for the Jewish ceremonial washings, each with a capacity of twenty or thirty gallons. 7 Yeshua told them, “Fill the jars with water,” and they filled them to the brim. 8 He said, “Now draw some out, and take it to the man in charge of the banquet”; and they took it. 9 The man in charge tasted the water; it had now turned into wine! He did not know where it had come from, but the servants who had drawn the water knew. So he called the bride groom

Yeshua started His ministry here on earth with a miracle at the wedding feast by turning water into wine (yeah), and no it wasn’t grape juice……. And He will return to establish His reign here on earth, to take the bride and again go to the wedding feast that represented by Sukkot, in Jerusalem!  Oh, what a celebration and party that will be. May your lamps be filled! May you be ready for the sounding of the shofar heralding the arrival of the groom, Yeshua, who returns for His bride which is us!